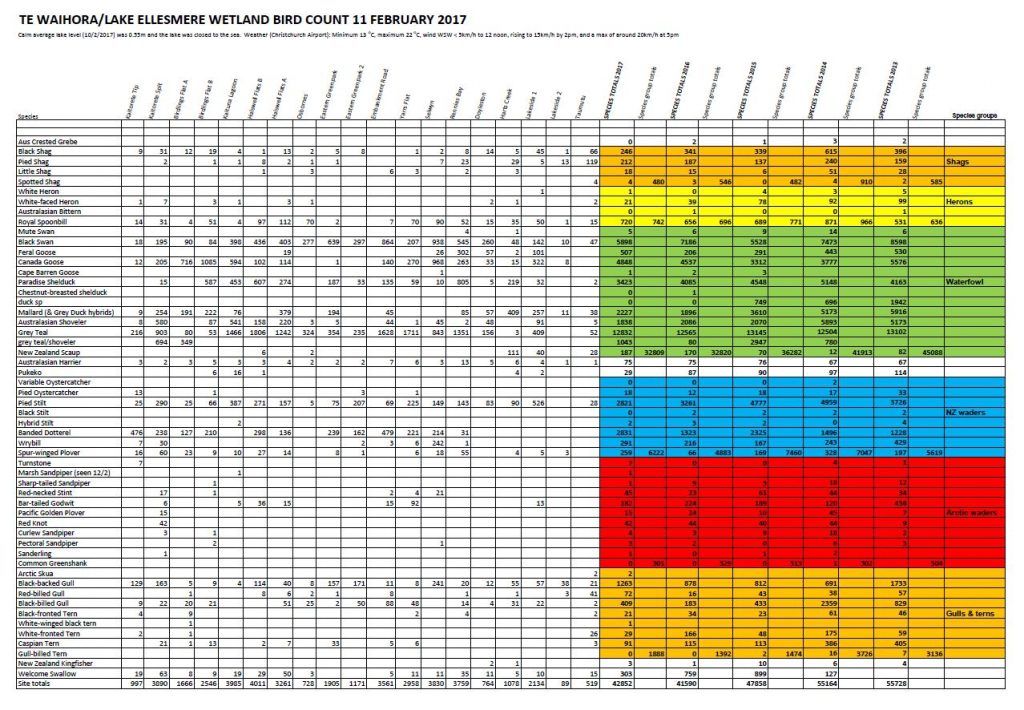 On February 11, 2017 – which was a stunning day with clear blue skies and little wind – over 50 volunteers and staff from a number of agencies undertook the annual census of wetland birds around Te Waihora. This event is jointly planned and organised by Waihora Ellesmere Trust, the Department of Conservation, Birds NZ and Christchurch City Council Rangers, with help from Environment Canterbury.  This year we also had a team from Keystone Ecology.

Te Waihora/Lake Ellesmere is internationally significant for birdlife abundance and diversity. A National Water Conservation Order recognises, as an outstanding value, the habitat for wildlife, particularly birds. The CCC Rangers count birds along Kaitorete and around Kaituna lagoon and the remaining areas of lake shore, from the Halswell River around to Taumutu, are covered by teams of volunteers and staff from DOC and ECan.  Expertise from Birds NZ members and others is vital to the success of the day.

This year over 42,800 birds were recorded around the lake – the  results table can be viewed here  These are the unconfirmed results for 2017 as we are waiting for confirmation on one or two additional sightings. The table shows the birds counted in 2017 and, in columns to the right, the corresponding totals from 2013, 2014, 2015 and 2016.

The birds are grouped into Shags, Herons, Waterfowl, NZ Waders, Arctic Waders, and Gulls & Terns. The total number of each group of bird species is highlighted in a different colour. For photos and information about each of the species visit the NZ Birds Online website.

The lake level was very low on the day of the count and, as with last year, it seems that significant numbers of some species are to be found a little way inland from the lake on irrigated farmland.

This graph of the results from the last 4 years shows the changes in numbers of the major bird groupings. 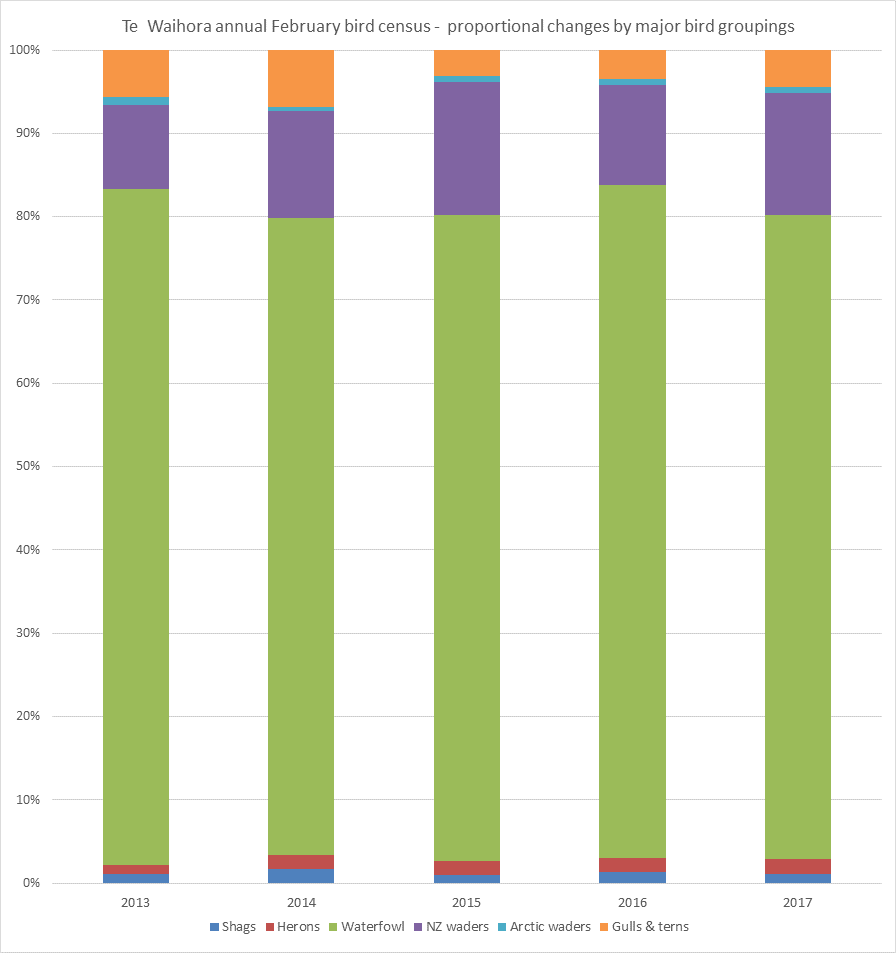